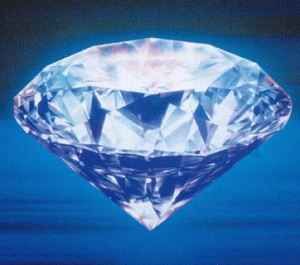 We’re continuing U.S. Geography month on the Net.  Each Thursday night during March, the Trivia Question will have something to do with United States geography.

Although millions of carats of diamonds are consumed each year in the United States, only a few hundred carats are domestically produced. The only active diamond mine in the country is the Crater of Diamonds Mine near Murfreesboro, Pike County, Arkansas. There, recreational prospectors have been finding a few hundred carats of diamonds per year since the early 1970s.

The mine is a dig-for-fee operation maintained by the Crater of Diamonds State Park. Collectors pay a fee of a few dollars per day to prospect and can keep any diamonds that they find. This is the only diamond mine in the world that is open to the public.

At present, there are no commercial diamond mines operating in the United States. The only mine that has ever operated commercially was the Kelsey Lake Diamond Mine, located near Fort Collins, Colorado on the state boundary between Colorado and Wyoming.

Kelsey Lake was opened as a commercial diamond mine by Redaurum Limited in 1996. Great Western Diamond Company, a wholly-owned subsidiary of McKenzie Bay International Limited, purchased the property in 2000 and operated the mine until 2002. It was closed due to legal problems rather than a lack of diamonds.

A total of 29 stations checked in to the Net tonight and only 6 of those got the correct answer to tonight’s Trivia Question.  Congratulations to:

Thanks to all who checked in and supported the Net.