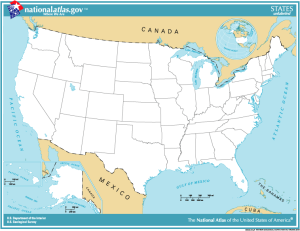 Continuing with US Geography month, we’ve got a two part question today.

Most: Missouri and Tennessee (tie)

Fewest: Maine is the only state that shares its border with only one other state (New Hampshire).

A total of 29 people checked into the net tonight and 9 of them got the correct answer to the Trivia Question. Well, at least they got Maine and either Missouri OR Tennessee (nobody got both).  Congrats to:

And, of course, thanks to everyone who checked into the Net tonight and supported us.